Earlier this year, I read the book “The Haunting of Hill House” by Shirley Jackson and wrote a mini review here. As a horror fiction-junkie, I had a fling with this book.

Had it swept me off my feet like “The Fisherman” or “Bird-Box” for life? No.

Have I had a good time while progressing through the pages? Yes.

It was the psychological terror that involved everything that I loved about “horror” genre:

So, how could I resist the urge of binge-watch Netflix’s “The Haunting of Hill House”?

So much have already been written about this show already, that I felt (a huge) late Lateef in writing down this review (or me blabbering about the show).

Is there any resemblance to book and the series?

The series rather seemed like a fan-fiction or a spin-off. Other than retaining to the core (don’t know what it means), everything is stripped to the bone, refilled, whitewashed and presented in a new package.

So rather telling the story of a bunch of Ghost-busters tracking down paranormal activity in the creepy mansion, here we found the Crain-family haunted by the ghosts of the Hill-family and the poor “Dudleys” thrown in-between.

The matriarch of the Crain-family. She is another reason you need to watch this. I’m    in love with her. This is the first time I’ve seen her acting on-screen and buoy! She totally killed it, even if the character she has been given is not bereft of the hysterical woman trope on-screen. Please Universe, give her an Emmy next year.

It warms the cockles of my heart to watch sibling-bonding on-screen. And “The Haunting of Hill House” did it and how! There was love, jealousy, neglect, redemption, rejection, and acceptance- the whole 360-degree spectrum.

Though the Puritans would rebuke the adaptation moving so much away from the book, I found the script taut, engaging, gripping and never stumbling along the way.

…throughout the series-  between Steven and Hugh; between Hugh and Olivia. It’s refreshing to see characters acknowledging mental illness and trying to combat it till the last.

…was cheesy as hell. I mean, really Mike Flanagan? After such a topsy-turvy ride, I didn’t expect to see such saccharine-sweet tidying-up!

The director took the line from the book “Journey’s end in lovers meeting” too seriously. Everyone looked so lovey-dovey before the end-credit rolls in the final episode.

But I’ve Bollywood for that!

Instead, color me sinister.

I get unreliable narrator. I appreciate.

But there are too many here, that had the potential to spoil the broth.

Ex:– one character claims to have done Vasectomy but at the end, his wife came off pregnant! Am I missing/imagining things? 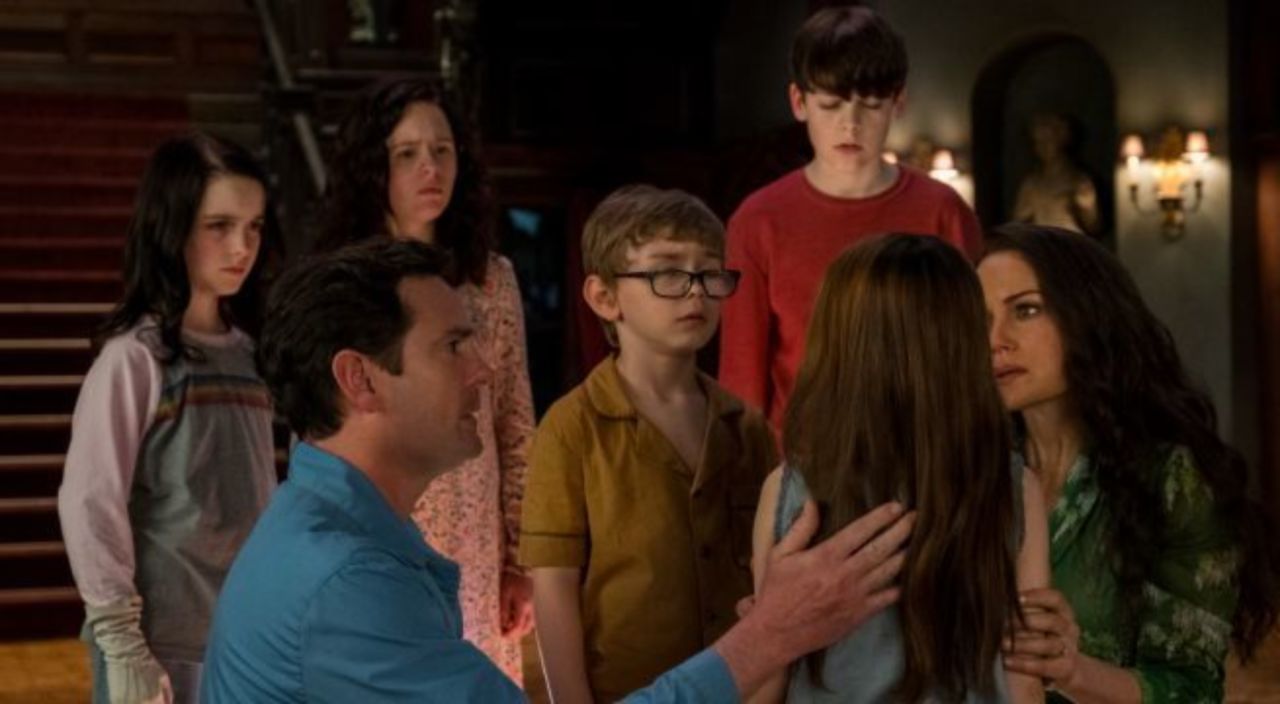 It was hard to differentiate which scary event the characters imagined (Hill House scarred each of the adults mentally) and which ones were really triggered by the ghosts. Too much brain fog.

The lovers of Gothic-horror who relishes subtlety, not looking to have jump-scares and don’t want to miss one of the best horror shows of the decade.

The anti of everything I’ve stated in the above point.

Should you read the book even if you’ve watched the show?

Although the book is not a masterpiece (my humble two cents), it’s still a path-breaking tale of horror- meeting- untreated- mental- illness and the suppressed urge of coming-out-of-closet.

Have you watched or planning to watch “The Haunting Of Hill House”? Have you read the book? Let me know.